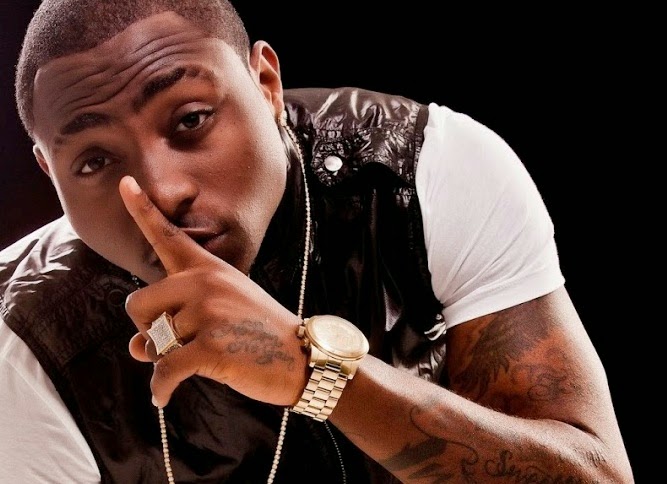 A recent report suggest Davido has knocked an Abuja based woman simply known as Sophie.
The report which was released by National Enquirer say..

Davido and Sophie, an Abuja based university drop-out kicked off their affair around July 2014 after she was offered as the ‘soul-calmer’ for the night during one of his trips to the prestigious Transcorp Hilton hotel, Abuja. The relationship between Davido and Belladona, as she is popularly known, we further obtained, started getting serious around early September 2014 even though his HKN gang never supported it.’
‘This is a girl that is known as a big time runs girl in the whole of Abuja, she and her friends Harriet and Rockxy have slept with virtually all the big boys and politicians in Abuja, so Shina Rambo and the rest of the gang know her story and can never be happy she is now claiming to be pregnant for Davido.’

Net Newspaper however reached out to Davido who is currently away from the country, he declined commenting. A member of his gang however dropped a comment.
The source confirmed Davido and the woman know each other, and in fact the girl is pregnant but is coy on who is responsible

‘People like to talk, the fact that the girl is pregnant doesn’t mean that Davidois the one responsible. Anyways, we both know it’s not today that we’ve been having all this pregnancy allegations for Davido.’ When asked if Davido truly knows the lady in question and has had any sexual relationship with her.
The truth is Davido sure knows the girl, but they are not as close as they used to be so I really can’t tell, and if she comes tomorrow and says Davido is the father of her baby or Davido got her pregnant then we’ll demand a DNA test.’ the source concluded

This is not the first time Davido has been linked with a woman’s pregnancy.
at 7:40 AM