5 Ways To get Women Running After You 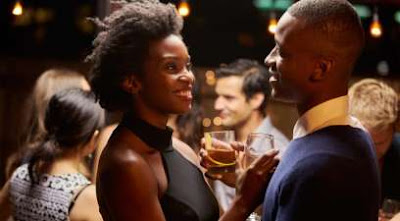 Some guys find it difficult getting a girlfriend because they are either ‘very’ shy or THEY JUST DON’T KNOW . Well have no fear as we provide tips on how to get a girlfriend.


Finding that special one can be amazing but then it takes some steps and some qualities that you have to possess if you want to get that dream girlfriend.

Here are 5 major keys to help you get a girlfriend

Intelligence
You have to seriously take note of this guys. Intelligence is on every woman’s (well most women) list when they are being asked what they like about a guy because to them smart is the new sexy.

Being good with your diction is also a booster , ladies like it when a guy is articulate

But try not to get it all mixed up, being intelligent isn’t just about you going to school but being able to know something about everything , be that guy who can challenge her intellectually, and tackle her in a friendly debate. But you must not over do this as it makes you look arrogant or a know it all.

Having a great sense of humour is one of the quickest ways to get a girlfriend. Life is serious enough as it is. No wonder women value the lightness and playfulness that a partner with a sense of humour brings to their lives. But then this has to be in moderation because too must humour makes you look like a joke and she’ll end up not taking anything you say serious.

Conversational skills
If you meet a lady, lets say you go on a date and you start off with conversations like “oh, I’m the director of XYZ company”, “I live in the high brow part of the  state ”, “I own ten cars” and you go on and on.

Except it’s a gold digger you’re talking to, who would gladly pay attention since she doesn’t have anything to offer in the first place and is also thinking of ways to suck you dry with the ‘All about myself information’ you are feeding her.

But if this conversation is being listened to by a potential girlfriend then you'll bore the life out of her  and then she perceives you as a selfish person.

So, if you want to know how to get a girlfriend with conversations, do not make it about yourself.

Women like attention  and are easily attracted to men who are interested in them. If you genuinely want to know what makes her tick, this will be attractive.

Financial stability (AKA Have a job)
All women and I mean all WOMEN are naturally attracted to a financially stable guy, because lets face it, love don’t come cheap these days (The needs of the ladies defer).

Now don’t think her reason for liking the fact that you are financially stable is her way of trying the spend your money. Girls just like it when they know that a guy can hold it down anytime, and they feel secured even if she’s independent You don’t have to be bill gates (which is a plus tho), but you should be able to afford certain things, it is unflattering to try to live off a girl.
Ambition on the other hand go hand in hand with financial stability, women attracted to a guy who knows what he wants in life and is going after it. They absolutely adore being around that kind of energy.

Physique + Charisma
This is one quality that exposes your insecurity as a guy, you’re wandering “I hope I’m tall enough” or “I don’t know if she likes light or dark guy” . You can still win a girl’s heart irrespective of what you look like, that’s where charisma come in to back up those’ imperfection’.

If you want to get a girlfriend, you have to let go of your insecurities because ladies can smell that from miles away. Nobody is a asking you to be Mr Universe, but the way you carry yourself, your composure says a lot about you and it determines whether or not she’s going to like you. Just from how you stand, women will judge you as attractive or not. Good body posture indicates that you are a healthy mate and that is very attractive to women. Lean back.

So if you really want to make an impression, be cool, try not to act to shy, she might perceive that as being weak, don’t say things like “I know I’m not attractive” you’re making it clear that you are not good enough (And that is not sexy). Wearing nice clothes demonstrate social status,accentuate your physical features and shows that you take care of yourself.

Family values
Ladies are attracted to guys that have. This means you have to be the kind of guy that make time for family, because she judges you on that. If you don’t visit home she then starts to think you wouldn't have time for her if she was your girlfriend. Also being kindhearted and selfless is a plus to get a girlfriend, if you’re nice to her but saucy to the waitress, then just know that you’ve lost your chance with her because ladies tend to keep every action on record, so she then feels when she gets serious with you, you’ll do the exact same thing to her.

Having a positive view on feminism is also a boost if you want to get a girlfriend, if you say things like “It’s a man’s world, women shouldn't have a say” , Dear girlfriend-seeker you've have just turned off the relationship switch off, because no woman wants to hear things like that, in their eyes you’re already a monster.
at 3:29 PM

Email ThisBlogThis!Share to TwitterShare to FacebookShare to Pinterest
Labels: Relationship