6 Types of men that would make a great husband 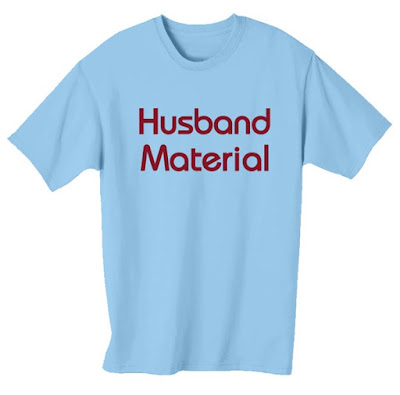 Another Saturday is here with another couple walking down the aisle somewhere in Lagos with the room probably surrounded by his Yoruba demon friends as grooms men looking all dapper in the white agbada or well tailored suit.

1. MEN WHO ARE GOOD WITH MONEY: He doesn’t need to bankroll your life but he does need to be smart enough that he’s not going to drain your joint bank account every time he sees something new and shiny. It’s easy to underplay how important this is while you’re dating but make no mistake, money matters in marriage and as unsexy as it sounds, a guy who can stick to his budget is the kind who will make a great husband.

2. MEN WHO WILL ALWAYS HAVE YOUR BACK: Tough times can divide weak couples and they start to fight against each other instead of with each other. Men who fight right make the best husbands because you come out of conflict stronger, instead of weakened.

3. MEN WHO KNOW HOW TO HANDLE A CRISIS: No matter who you marry life will be full of storms that you’ll have to weather together. Life happens. Job losses, death, health issues — all these things will affect you both at some point and the type of guy who makes a great husband is one who knows that panic is not a strategy. Someone who can keep calm and stay on your side, knowing that you two can support each other through anything is the only kind of man worth having.

4. MEN WHO DON’T BRING OUT THE NAGGING IN YOU: Nagging is a two way street and it sucks for everyone involved. If you have to ask someone to pull their weight in a relationship, you’ve already lost.

5. MEN WHO AREN’T AFRAID OF COMMITTING: You’d be surprised how often men who are afraid of commitment still end up married. They don’t want to commit but they’re more afraid of losing a good thing than they are afraid of sticking to their values. These kind of men bring a whole lot of unhappiness to a marriage because they were never sold on it from the getgo. They enter into the union with a giant chip on their shoulder because they feel they gave away a big concession and they expect to always get their way because of it.

6. MEN WHO MAKE YOU FEEL LIKE A WOMAN AND NOT A GIRL: Every woman wants to feel safe and secure with her man but there are two ways a man can accomplish this. One way is to treat you like you are weak, as if you are so fragile the slightest thing might cause you to break. The other is to push you to be better — to be your best because he respects you and knows you can handle a challenge. Guess which one of these makes for a better life partner.