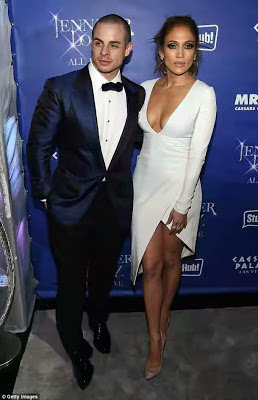 When 47yr old J Lo split from her partner of five years, Casper Smart, 29, rumour had it she ended the relationship after he chose to watch a martial arts fight instead of accompanying her to a charity event.


Now a source has revealed what really went down, Casper cheated, the source claims..

'She kicked him out because he cheated on her and he got caught,' the insider said. 'It happened two years ago, and he promised he would never do it again and once he did, she was done.'