Kanye West rants about Jayz during a live concert 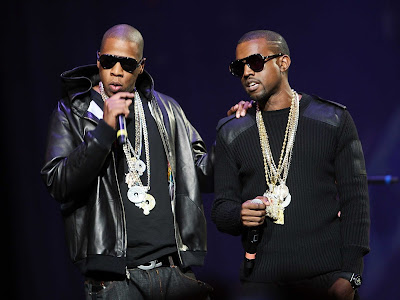 The "Famous" rapper paused his Seattle, Washington, concert on Wednesday night to call out Jay Z on a number of issues, from not visiting him in person after Kim Kardashian West's Paris robbery incident, to the ongoing dispute between streaming services Apple and Tidal


"There will never be a Watch the Throne 2," West proclaimed in the NSFW rant, referring to his and Jay Z's 2011 collaborative album. "That's the reason I wasn't on this song, I wasn't on the song 'cause of Hov. 'Cause of some TIDAL/Apple bulls**t. And that s**t be getting me tight every time I perform this motherf**ker."

"Don't call me, after the robbery, and say 'How you feelin'?' You wanna know how I'm feeling? Come by the house," West can be heard saying in another Twitter video from the concert. "Bring the kids by the house, like we're brothers."


"Don't call me, after the robbery, and say 'how you feelin?' You wanna know how I'm feelin? Come by the house," - Kanye #SaintPabloTour pic.twitter.com/G6wkIzbY0n
— McKenna Moe (@MoeMunyMoeProbs) October 20, 2016

Jay Z has yet to respond to West's public comments, but the two artists' friendship has survived disputes before. West's song, "Big Brother," off of his Graduation album is about making it through struggles with the artist whom he considers his mentor in the music industry.
at 10:11 AM