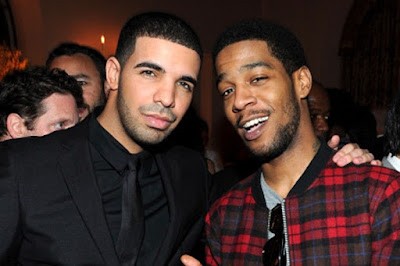 Here's the story. In September, Cudi took to Twitter blast Kanye West and Drake, writing;
"Everyone thinks they're soooo great. Talkin top 5 and be having 30 people write songs for them,"
"My tweets apply to who they apply. Ye, Drake whoever"

Now in Drake's birthday edition of OVO sound radio, Drake released four new songs and in one of them rapped a line that seemed to be a dig at Cudi, who early this month checked into rehab for depression and suicidal thoughts.

The rap line goes : 'You were the man on the moon, now you go through your phases.'
Having heard of the rap line, Cudi took to Twitter and came directly for Drake, tweeting at him - "You think it's a game. I wanna see you say it to my face. I'll be out soon. Promise."

Some fans blasted Cudi, saying he needed to focus on his rehab while some came to his defence saying he was better than Drake. See interesting Twitter reactions below....
at 1:53 PM