Kim Kardashian beefs up her security. Star to commute in armored car henceforth 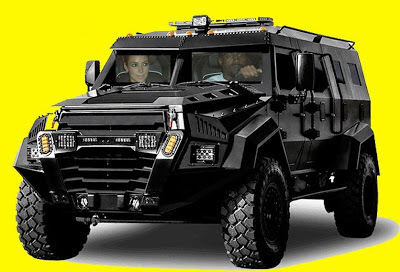 Kim K is beefing up her security following her Paris robbery. Read the TMZ report after the cut

Her new security detail includes former members of the Secret Service, who will be armed to the teeth. There will be at least one team of two hired muscles (minimum) everywhere she goes. We’re also told her car will be “armored.”