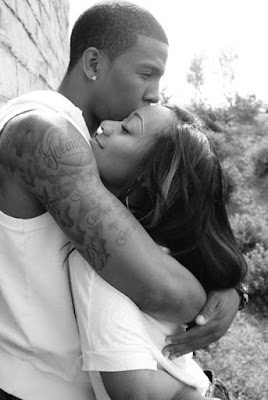 When a man really likes a woman, how does she know? What are the things he does that almost always point to the fact that he is genuinely dedicated to her only?


There are things a woman does for a man only if she likes him really and truly. In case you have not read the article, you can find it in the link below.

And now, for the women, here are the five things a man does only if he sincerely likes you.

Remembers details you tell him
Now this is not to say that when a man forgets details, he does not love you.
What this means is that due to the nature of males being less-organised and worse listeners than women, men most times forget stuff almost as soon as they are told, especially if those things are 'trivial'.
So, in the situation where a man remembers every thing... I mean, every single thing you tell him, then, almost certainly, that man does really like you.

Never makes you doubt your importance
Let the obvious be stated once again: men are naturally inclined to be polygamous.
There is a tendency in every man to want to stray, to sample more than one fruit from the tree... and with the abundance if willing women, it is usually not a hard thing to accomplish.
When a man actively reins in this tendency, and goes extra mile to prove to you in words and deeds that he wants no one else but you, best believe him.

Always there for you
Night and day, rain or sunshine, he is willing to do all he can whenever you ask.
That's a sign that he really, really likes you.

Even when he's talking about his plans for the next five years, he somehow manages to fit you in it, what else does that tell you, apart from the fact that he genuinely likes you?
play

Brags about you
In all likelihood, a very large percentage of persons aged 20 and above must have been in a relationship with at least two people.

So when a guy continually brags about you  to his friends, your friends, and anyone who cares to listen that you are the best thing to ever happen to him and that he does not think there is anyone in this life that he could ever love as much as he loves you, then you just have to know that that is a guy who likes you very much.
at 10:48 AM