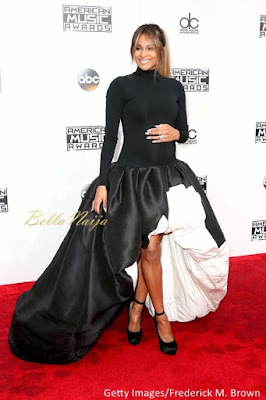 The glam mum-to-be stepped out and showed off her baby bump for the first time at the 2016 American Music Awards which held at Microsoft Theater on November 20, 2016 in Los Angeles, California.


She rocked a fitting black gown with a super sleek high ponytail and this is the first time we’ve seen the singer since she announced her pregnancy with husband Russell Wilson. 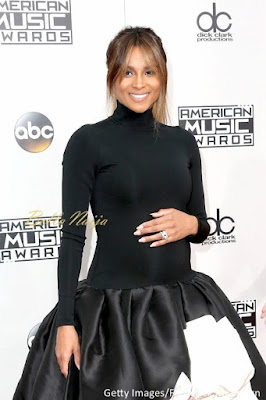 Talking about how she feels, she said “I’m feeling great, I’ve finally gotten to a place where I feel almost normal! It was a bit of, I don’t want to throw up but I don’t feel regular, for a while. That’s almost worse; you’d rather just throw up and get it done! But I’m feeling good and I’m happy to be here tonight.”