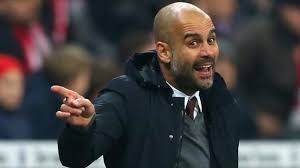 Samir Nasri has revealed that Pep Guardiola gets the best out of his players, by forbidding them to have sex after midnight.


Nasri is currently on a one-year loan from Manchester City, after playing for only 15 minutes in the Premier League under Guardiola.

Although he spent little time with the Spaniard, there were certain instructions that stuck with him.

“Relations must be before midnight. Even if you have a free day the following day,” Nasri told L’Equipe du Soir when asked for one of Guardiola’s secrets for getting the maximum from his stars.

“It’s so you can have a good night’s sleep.

“He told us this is how he managed to get the best out of Messi and Lewandowski, and for them to avoid the maximum number of muscular injuries.”

Nasri was deemed overweight by Guardiola when he returned for pre-season training and says the former Barcelona manager has strict rules for diet too.

“He suppressed many things that were in the kitchen,” Nasri said.

“With Guardiola, on the first day of training, you know how you should play, how to squeeze and also how to stand off the ball. The next day, you have videos for everything that you have to do.

“He will not bully you, but he will do everything to make you progress, to get you to know you how to position yourself and how to play. He’s a picky person.”
at 11:47 AM