I never had any problems with Cynthia Morgan - Queen Ure 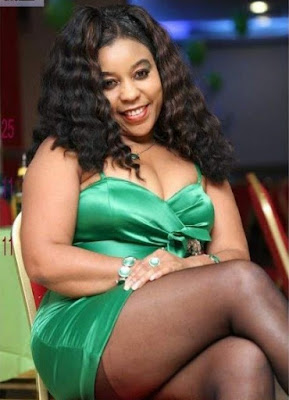 Sometime last year, singer, Queen Ure and popular dancehall artiste, Cynthia Morgan, didn’t see eye to eye even as both called each other unprintable names concerning the title of song, ‘Popori,’ which Ure had claimed was hers.


In Ure’s argument, the term, ‘Popori,’ was invented by her and it had become her trademark before Morgan decided to do a song with the same title. Ure had dragged Cynthia to court over the issue.

Since then, so many people believe the two have become sworn enemies but in a telephone conversation with Saturday Beats, Queen Ure said that Cynthia Morgan is not her enemy. She further said that although she does not do collaborations with other artistes, if the need arises, she can collaborate with the dancehall queen.

She said, “I never had any problems with Cynthia Morgan. We can settle an issue legally but that does not mean that it is personal. I have never had any personal issues with her. I don’t do collaborations with other artistes but if there is any reason for that, why not? She is not an enemy, I don’t have any enemy. The reason we went to court was because Cynthia Morgan released the song ‘Popori.’ That was what led to the court case. If there was no release, we would not have gone to court. After going to court, the work was stopped. It was nothing personal, everybody knows that. It was just because ‘Popori’ is my brand and I have been doing a lot of it. It is actually my trademark for both my musical works and my business initiative.

“I made up the word and I had not heard it before. The judgement of the case was delivered on July 1, 2015 and it was in my favour and that is how far we have gone.”

Ure further told Saturday Beats that she doubts she would ever become a pastor again but she is actively involved in charity works. She also said she would never quit singing.

“I am involved in charity work and I always love it. I was a pastor but that was a long time ago. I don’t have a ministry and I don’t intend to be a pastor again because you can decide to do something for a particular time. Reaching out to people doesn’t have to be from the pulpit. I am still doing music. I don’t do my music in a conventional way. I have two albums and each of them has ten songs. I have been singing from childhood but I had to go to school and work. Music has always been a part of me and I have always written and recorded songs. As a teenager, I was always singing Panam Percy Paul’s songs. I have always been singing. I intentionally avoided becoming a gospel artiste. I did not want to limit myself to only doing gospel songs, it was intentional to just be a singer and not restricted to gospel music alone but I write both gospel and secular songs,” she said.
at 11:48 AM