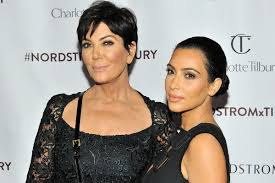 According to Inquisitr, the matriarch of the Kardashian family has put plans in motion for a movie to be made based on Kim Kardashian’s Paris robbery experience.

Inquisitr reports that “Kris is frantically assembling a movie concept to pitch to the studios. She sees it as a glamorous thriller to rival The People v. O.J. Simpson: American Crime Story. Kris is fantasizing about Mila Kunis or Natalie Portman playing Kim.”

There has been no official comment from the Kardashians about any movie and Kim Kardashian is yet to resume her activities on social media and in the public eye since the robbery incident.

It is also unknown if any mention of the robbery will make its way into KUWTK footage as the reality TV show has been put on hold for a while.
at 5:18 PM