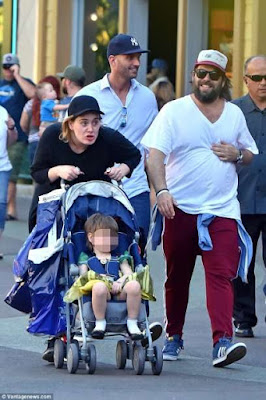 After the singer’s beau made a beautiful, grand gesture on their anniversary this year while she was on tour -- he surprised her on-stage with thousands of hand-written notes in the form of confetti – it has become even clear that this nuptials might just be happening soon.


The source, a friend of the couple, told Mirror  that we might be seeing one of our favorite singers hitched soon.

"They've decided it's the right time to think about making that step. They won't make a big song and dance about it.

That's not the way either of them are, and you won't see Adele walking around with a huge diamond on her finger flaunting it.

But they're ready to take the next step and both [are] very excited about the prospect. Adele has had an amazing time on tour and is enjoying performing to fans — but she's looking forward to spending some quiet time at home with her family after ten months on the road."
at 1:50 PM