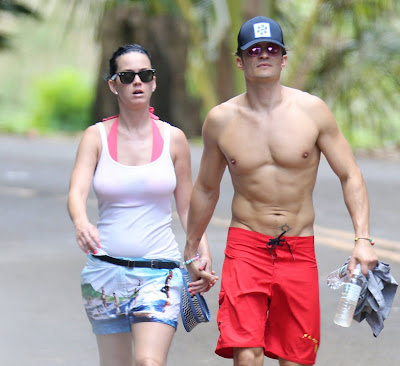 Pop princess, Katy Perry, 32 and ‘Lord of the Rings’ actor, Orlando Bloom, 39 have decided to go separate ways after their 10-month relationship.


According to In Touch Weekly, while both parties are said to not be taking this well, there seems to be confusion as to how the relationship ended.

“Not long after Halloween, Orlando confessed to pals that he’d decided to end their relationship. He claimed that he’s just not ready to get married and have babies,” a source said.

“She (Perry) said they were on different life paths and as much as she likes him, it’s time to move on,” another source claimed.

Bloom already has a five-year-old son Flynn with ex-wife Miranda Kerr. They separated in 2013.

Perry and Bloom hit headlines in September after photos emerged of Bloom, naked on a paddleboard during a romantic holiday in Sardinia.
at 11:11 AM