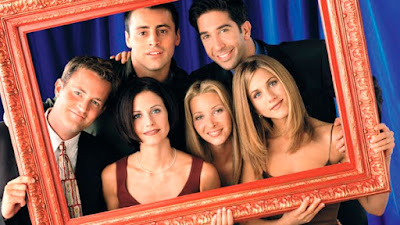 The television series Friends may have ended in 2004 but that hasn’t stopped it from being one of the most popular television shows in history. And such is the show’s popularity, it generates a staggering $1b in annual revenue, according to USA Today.

It is more amazing to learn that the cast (Matthew Perry, Courteney Cox, Matt LeBlanc, Lisa Kudrow, David Schwimmer and Jennifer Aniston) earns 2% of that amount in residual income. That translates to about $20m a year for each them – for doing nothing at all.

No wonder most of them have not been seen in many movies since the series came to an end in 2004! They probably earn more money than many active actors do!
at 1:27 PM