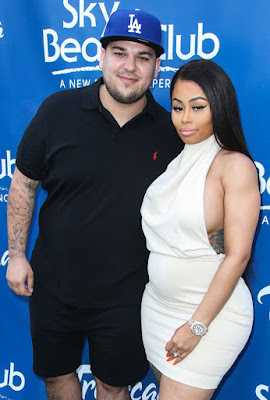 His daughter Dream is less than three weeks old, but already Rob Kardashian is happily settled into life as a dad.


“Rob is super hands on with Dream,” says an insider. “She’s changed his life. She makes him want to be better. And he’s spending a lot more time with his family.”

And after a rocky few months, the reality star, 29, is also in a good place with fiancée Blac Chyna. Though the pair were living apart up until Dream’s birth, the insider says the new parents are now living together in her home so that Kardashian can spend as much time as possible with his daughter.

“Rob wants to live with Chyna and spend every day with Dream,” says a Kardashian source. “He is making a big effort to get along with Chyna. She seems very happy with him. They are getting along great and enjoying parenting together.”

And if Kardashian’s gushy social media posts about fatherhood are any indication, the once troubled star is finally content. “Rob is so much happier now,” says the insider. “He is obsessed with his baby girl!”

After welcoming his daughter into the world, Kardashian took to Instagram to celebrate the arrival of Dream.