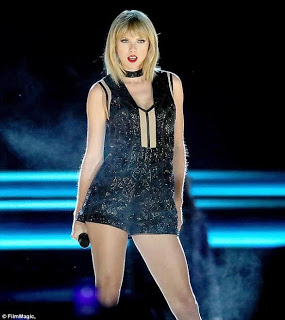 According to Forbes' Highest-Paid Women in Music list for 2016, 26-year-old US Pop star Taylor Swift is the richest female musician. Swift amassed earnings of 170 million US dollars (£137.8m) over the past year.


Her earnings are mainly due to her 1989 World Tour raking in a quarter of a billion dollars. She also has lucrative endorsement deals with brands such as Diet Coke, Apple and more.

British singer Adele was second on the list, with 80.5 million US dollars (£65.2 million). Forbes estimated the pre-tax income of personalities from June 1 2015 through to June 1 2016 from a variety of sources, including data from Pollstar, Nielsen and the Recording Industry Association of America, as well as interviews with managers, lawyers and some of the stars themselves. See the full list as you continue.