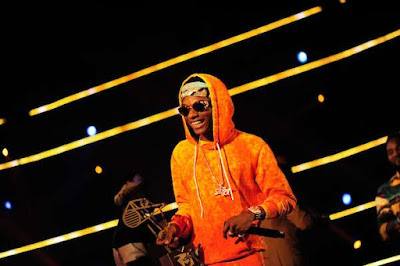 The Nigerian pop superstar is currently enjoying a great year in his career. Wizkid struck gold at this year’s MTV EMAs, earning not one but two trophies at the global music spectacular.

Also, at the 2016 AFRIMA awards which held at the Eko Convention Centre, Eko Hotels & Suites, the singer was honoured as the Best Artiste on the continent. He came out victorious in a category that had Black Coffee, Diamond Platnumz, Eddy Kenzo, Hatim Ammor, Navio, Sarkodie, Sidikiba Diabate, Tekno, Tiwa Savage, and Zahara.

This marks a trifecta of awards for the young singer who has had a successful 2016.

Wizkid’s dominance this weekend is a result of this work. His single with Drake, ‘One Dance’ is a shoo-in for the 2016 Grammy award nominations, after gifting Drake his first career number one spot on the Billboard Hot 100 chart and also becoming the most streamed song of 2016. It is on the strength of this foray into the international market, and the success of the result.
at 4:07 PM