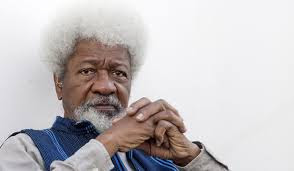 In this exclusive email interview with The Interview today, Soyinka vowed to keep his word. He also spoke on the future of a Trump world, read after the cut.

Did Donald Trump's victory surprise you?
Not altogether. The possibility was looming nearer and nearer, getting scarier and scarier.

What do you think Trump's victory means for the world, especially Nigeria?
It's brought an already teetering world closer to the precipice.

Do you think the victory of Trump, who threatened to build a Wall is a coincidence coming exactly 27 years to the day the Berlin Wall came down?
Trump's Wall is already under construction. Walls are built in the mind, and Trump has erected walls, not only across the mental landscape of America but across the global landscape. I am glad you referred to the anniversary of the fall of the Berlin Wall - that was one anniversary in reversal!

Will you thrash your green card, as you reportedly said you would?
Come January 20, 2017; watch my WOLEXIT! (Donald Trump will be sworn-in as the 45th President of the United States of America on Friday, January 20, 2017)

At what point did it occur to you that Trump's victory was inevitable?
As Election Day approached, the specter became near palpable. I refused to switch on the television this morning until I had stiffened myself with a strong espresso. I felt disaster in my marrow.

A photo of Prof. Wole Soyinka in a plane allegedly back to Nigeria has been circulating on the social media.

The photo was posted by Facebook user, Prince Adeyinka, he said: “Fellow Nigerians !!! Prof and I are on our way to Nigeria.” 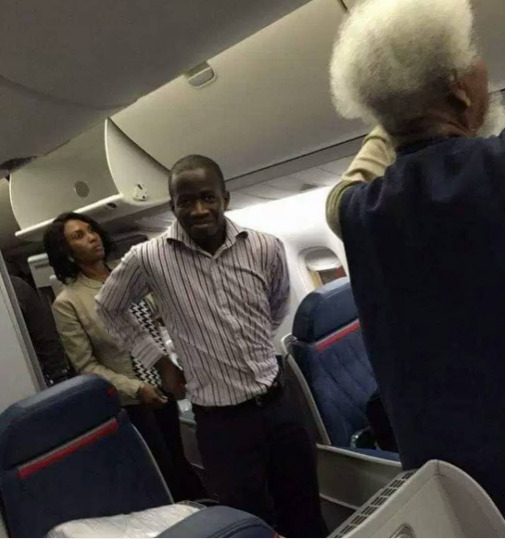