5 Signs You Are Desperate To Get Married 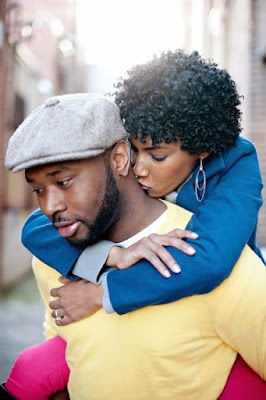 It’s no surprise there are more single ladies in recent times. We spend so much time bagging multiple degrees and certifications.


We get a job and exert all our energy trying to build our careers in order to stand out in a male-dominated workforce and before we know it the candles on our cake cost a lot more than the cake itself.

Then you hear all the gibberish about your biological clock ticking and you’ve got a race against time, you begin to panic and start acting desperately. Those who have been married for a while will tell you that getting married isn’t just one of decisions to be taken lightly. It’s not like buying a last-minute ticket for a weekend away in Dubai or bargaining for peep-toe wedges on Oxford Street.

Times have changed but your values don’t have to. The right guy is worth the wait. If you jump on the wrong horse, you’ll hop off and get hurt badly. Just so you know if you’re doing any of these things highlighted below, you are really desperate to get married. Don’t let any guy take advantage of your desperate attempts to get married. If you chase a guy before marriage, you’ll continue to chase him for the rest of your life.

Many married women wonder why their spouses are now so laid back in their core responsibilities, they forget they laid a wrong foundation by making decisions that shouldn’t have in the first place. They’ve set a precedence and expect their spouses to change overnight. You’re desperate to get married if:

YOU PUT PRESSURE ON HIM TO COMMIT TO A WEDDING DATE
If the relationship is to be considered serious – No one wants to be stuck in a relationship headed nowhere but you also want to enjoy the chase of your spouse-to-be and the surprise when he finally pops the question. We all get impatient and frazzled when we don’t know what’s going on especially when we are not in control. If a guy proposes, he’s thought it through but if you ask him to commit to a wedding date before he’s ready, it’s a lot of pressure. Even though your dream of a great wedding might be in sight, you might have lost his respect as he is no longer in control while you plan the big day. Some guys are slow in making these decisions but it’s not a justification to wrest powers from his hands in this matter. Some relationships have been called off because of abrupt move.

YOU BEGIN TO FURNISH HIS HOME
Subtly by buying cookery and replacing the interior decor – As women, we are used to changing things everywhere we go to. We meet a crying child and instinct makes us hug and console him. We visit our friends and we help out with dirty dishes, laundry just to name a few. We have just met this knight in a shining armor and we’ve already accepted an invitation to his apartment. We get there and we are trying to arrange and change what doesn’t seem right. As long as you’re not married, any attempts to replace his pots, pans or decor is a desperate move. You don’t want to spend all that energy furnishing a house for another lady to enjoy. There are ladies who regret all the effort they put in and the guy walked out in them eventually,

YOU PLAN YOUR LIFE AROUND HIS AND MAKE HIM FEEL YOU CAN’T GO ON WITHOUT HIM
There are ladies who will plan their vacation schedules when their guy has got time off from work. They start attending his church and abandon their commitment to theirs. They may even terminate their studies abruptly if he’s relocating to another town or country. They are prepared to make huge sacrifices not to lose this guy. If you ask those who have been in two or three relationships, they’ll tell you not to get hooked on anyone, the right person will come at the right time. If you are constantly planning your life around a particular person in hopes that this person won’t abandon you, it’s a desperate move. Be at your post fulfilling your purpose in life while love finds you.

YOU DETEST BEING SINGLE AND EVEN BUY YOURSELF AN EXPENSIVE ENGAGEMENT RING
It’s an irony that those who are married sorely miss being single and those who are single can’t wait to get married. If you don’t love yourself and enjoy this phase of your life alone, marriage won’t really make sense because you’ll constantly be looking for someone to complete you instead of adding value to the relationship. There are ladies who are single but confident, they aren’t desperate to get married and are enjoying the time of their lives. Others have a low self-esteem and see this phase as waiting period expecting marriage to be an escape to a new beginning. They finally get married and are terribly disappointed that getting married didn’t deliver on its promises. Sometimes you might be dating someone who isn’t as wealthy as you are but it’s not a license to buy your engagement ring before he does.

YOU DO ALL YOU CAN TO GET NOTICED

If you’re single, you want to do all you can to get noticed so you’ll be caught. If you’re constantly dressing very provocatively only to be noticed, that might put some guys off. Even though guys like to play around, when it’s time to settle down they want someone who’s well mannered. Attending all the conferences and programs in town for singles might not add value. Do you realize almost all those who attend are desperately looking for someone too? Online dating is becoming very commonplace these days and if you’re desperate, you’ll have a profile on as many sites as possible with different names and pictures hoping to expand your reach as far as possible.