7 Signs He Is Scared Of Commitment 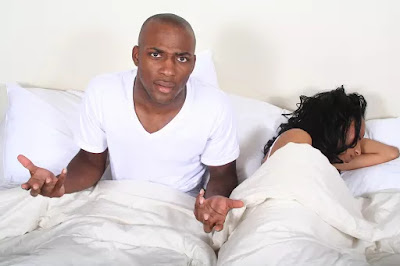 Struggling in the dating world is real. When a good guy finally comes along who may be the one, something goes wrong. There is nothing worse than falling for a guy who seems interested, but just won't commit.


There isn't a simple answer for why he won't commit to a relationship with you. Each situation is different and unique, but here are seven reasons why he might be afraid of getting serious:

1. He is content with life
It's a sad fact of dating. He's happy with the way his life is now and he doesn't want anything to change. He likes having you around and is fine without putting a label on your relationship. It's easy for people to get comfortable with life the way it is. Getting into a relationship and committing to you could completely uproot the happy life he has, which isn't something he wants to do. Ultimately, he isn't willing to risk it, even if being with you will make him happier.

2. He isn't quite over his ex
Let's face it, no matter what he says about his ex-girlfriend, it's possible he still isn't over her. He likes you enough to spend a lot of time with you, but he's held back. His ex-girlfriend is still there in the back of his mind. He won't take that extra step to commit because he's still holding out hope that his old flame will walk back into his life.

3. There is someone else
Unfortunately, if it's not his ex, there's another girl (or multiple girls.) You may not be the only woman in his life. He is playing the field to see exactly who he likes more. It's an unfair, but common problem. By not committing to you, it means he won't be held accountable if he texts or spends a lot of time with other girls.

5. The timing isn't great
School, life and work are taking up his time and he can't commit to anything else. He can see you on occasion, but committing to a relationship requires time he just doesn't have. He doesn't want the added stress of a relationship.

6. He doesn't want to hurt you
He doesn't want to risk the chance of hurting you. He's afraid he might break your heart if you start dating.The very idea of a relationship makes him nervous because he's afraid it will end badly. It's an irrational fear, but it's one that guys (and girls) worry about.