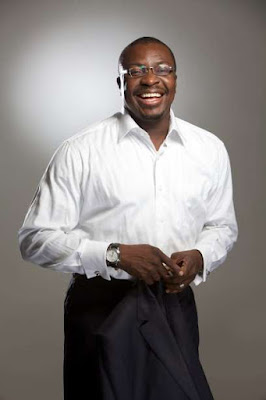 Ali Baba, easily referred to as the king of shades, is at it again and this time directs his jab at Ekiti state Governor, Ayo Fayose.


On Tuesday, September 20, Mrs Aisha Buhari took to her Twitter account to share a photo of herself poised and smiling with the American first lady, Michelle Obama at her Broadway event put together to help girls in New York City.

Considering the fact that Fayose has alleged that the First lady was wanted in the United states of America in connection with the Halliburton bribery scandal, Mrs Buhari's latest Instagram post was definitely unexpected and a slap on the face.

As if that was not bad enough, the ace comedian decided to rub it in by sharing the same photo via his Instagram page on Tuesday, September 20, commenting:

"Is that not the same Mrs Buhari that is wanted? They will soon arrest her... Or is that not what one South West Governor told us? We are watching... Or she now has First Lady immunity? Wetin me I know SEF."
at 10:35 AM