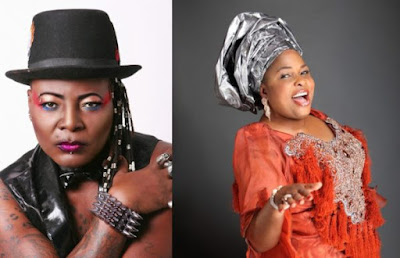 The eccentric entertainer is back with another piece. Read his article after the cut


The latest unconfirmed gist heating up the social media is about former First Lady, Dame Patience Jonathan, who is spitting fire on EFCC for freezing her accounts containing 6.3Billion Naira as she claims that she is being deprived of her right to her hard-earned money.

Yes o, however you wan look am, she worked for that money! Why are people suddenly upset?

Isn’t it the same Naija people who have been shouting, “bring back our corruption”, since the country slipped into recession?

Since 1978 or so, we have been living on corruption money, and hailing the thieves.

Haba Naija, I tire for una.

Abegi make we hear word and make we read something useful on this social highway. Una dey provoke say dem see billions for Mama Peace account. And so? When will we ever learn?

Yes, a country deserves the kind of leadership it gets because those who rule us are from amongst us; they are not from Ghana or Togo. How many times will we let a thief into our house? The first time should be enough. The second time let’s take that as one chance. The third time means we are stupid. If we, the followers are not like our leaders, why haven’t we done anything to stop the looting of our resources?

Countries that don’t have brave youths, prosecutors, fearless judges, good policing and fearless citizens will instead, have plenty of thieves, many killers and even stupid leaders.

Since we have settled for people deceiving people and it has become our way of life let’s roll over and die or accept everything we see that assaults our intelligence and impoverish us.

We have been living on corruption money long before now and we didn’t care. I know that looters will be looted, while time and tide will make most of us mercenaries.

For long, our leaders have used deception and misdirection as their tools. We don’t believe in hard work, when a false face and a good line of bullshit can do so much more.

As for us the masses, we are all waiting for our turn to steal something from some place, Kai, our mumu is vexing me joor. So how can we effectively create this new dawn when most of us are all guilty?

Now Baba has come to fight corruption, but I can swear that he is alone in this fight. Because most of the people in his kitchen are corrupt. Yes o.

Till there are grave consequences for people who break the law, people who steal public funds, known corrupt people who are till today in leadership positions, nothing will change. This too will come to pass and nothing go happen. Dem go settle, and back to business as usual.

Has anyone one been thrown into prison since this war on corruption started? My people, abegi, make we use our brain.

I just pray that one day one day, there will be no hiding place for people who ruined this country. For those who took what they didn’t earn, may judgment await them!

It is only from then that things will begin to truly change.