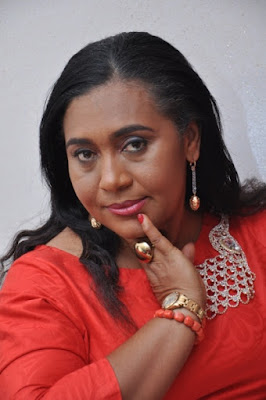 Based on the rate at which marriages break nowadays, the actress has noted that the best way to keep a home intact is by forgiveness, loving the home and self-love.


When asked if catching the man cheating was reason enough to walk out of the marriage, the veteran actress turned minister of God said in such a situation, the woman needs to forgive the man the same way God has been forgives daily for sins committed.

“You know I’m a Christian, I’m born again, and I’m a minister so no ground is good enough. The Bible charges a man to love his wife as God loves the church. God has not abandoned us because of our sins, even when He caught us red-handed. He still loves us; He’s still giving us the best of help,” she said.

According to Hilda said the only deal breaker in marriage is when it becomes severely abusive.

Hilda Dokubo has been active in the movie industry since 1992 and has starred in hundreds of movies where she is known to be easily brought to tears in her mostly melancholic roles.

She has been married for 30 years and sometimes share tips on relationships and life in general.
at 3:27 PM