I liked my thirties way more than my twenties - Britney Spears 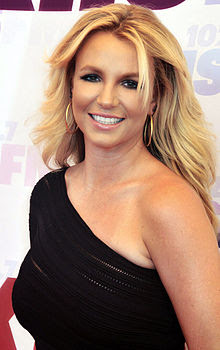 In the span of a decade, the pop princess got divorced twice, temporarily lost custody of her children and was put under an emergency psychiatric hold—among other headline-making, career-threatening dramas.

With the help of her family and management team, Spears got her act together and is back at the top of her game with a Las Vegas residency and a hit album, Glory.

Speaking to Dan Wooton on ITV's Lorraine Thursday morning, she reflected on that tumultuous time. "I liked my thirties way more than my twenties. My twenties were horrible," Spears, 34, said. "My teens were fun, but I like my thirties. Thirties is great. You know who you really are."

Naturally, Spears is nervous about what will happen when sons Sean Federline, 11, and Jaden Federline, 10, become teenagers. "It's a little strange. I'm nervous, because I know 12, 13, 14 and 15 is going to be really scary, and I'm going to be like, 'Mom, please come to the house and help me out here!'" the single singer joked. "But right now it's a great age. They're still babies."

Spears recently had another baby: Glory, her best-selling debut in the U.K. in nine years. "I really took my time with this record. I took like two and a half years to do it, and I worked with the most profound, amazing people. It was just really, really cool. I definitely had the jitters," Spears admitted. "I was like, 'Oh, my God! Will people like it?' Oh, my God! But it worked out."

The album is meant to be "empowering," according to Spears, who is single and loving it. In the past, the musician looked for love in the wrong places. Today, landing a man doesn't seem as important. "I'm in a really good place right now, so I think I'm just...I'm loving and learning myself every day, and learning who I am, so it's just...it's awakening," she explained. "It's cool."

"It's OK to be single, yeah," Spears added. "It totally is."
Watch her talk about her life