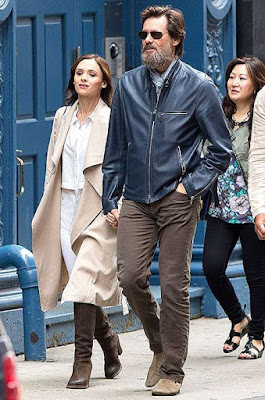 Court documents prove Carrey has been sued for allegedly obtaining drugs under a false name for Cathriona White, who died of an overdose last year.

In papers filed with Los Angeles superior court, Burton said "The Mask" star provided the drugs for White despite knowing she was ill-equipped to take them, prone to depression and had previously tried to take her own life.

His complaint states: “After her death, Mr Carrey took steps to conceal and obfuscate his involvement and culpability in Ms White’s untimely and tragic death.”

In response, Carrey described the lawsuit as a heartless attempt to exploit him and the woman he loved.
at 10:49 AM