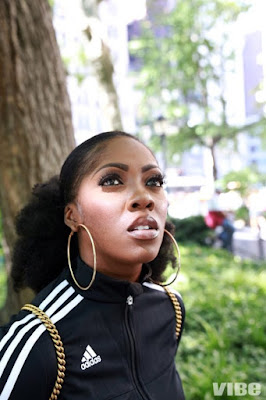 The Roc Nation star talked to the magazine about her love for music, how it all started and why her Roc Nation deal is a huge blessing.

On how she got into music: I played trombone. Don’t ask me if I still play [laughs], but I literally picked it up because I had a crush on a boy in high school. He used to hang around with the cool kids, the musicians and dancers. Here I was: this kid fresh from Nigeria, strong accent, my mom shaved my hair off. I tried to get his attention. I went to this music teacher and said that I really wanted to do music. He looked to the corner of the room and said the trombone was the only instrument left. I picked it up, but eventually got bullied for it because it was always getting in the way on the bus. That was having the opposite effect of what I wanted because this guy’s now laughing at me instead of falling in love with me. So, I gave up and joined the choir. 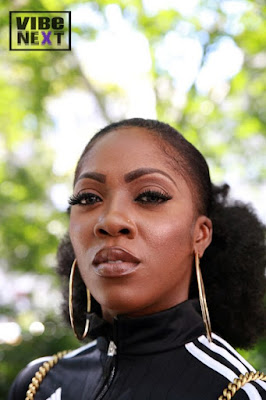 On telling her parents about her music dreams: When I did tell my parents that I wanted to do music, my dad thought that I just wanted to sing in the choir. I told him I wanted to be a musician and initially he wasn’t really for it, so he told me to go to school and study in either business, engineering or be a doctor or a lawyer. I wanted to do music and he said that I have to go and study music. I’m glad he did because I ended up going to the Berkelee College Of Music and I studied jazz and music business. It really comes in handy when I have to look at music contracts.”

On her songwriting days: Songwriting kind of happened. I was in the studio trying to create a demo for myself. I finished the song and went back home. The next day, I was supposed to come and do some ad-libs on it and learned that when I left, Fantasia Barrino heard the song and liked it. Long story short, she took the record and I got a publishing deal. I had to start writing songs for other people, which is a learning process for me because usually I write songs just for myself. When you are submitting [music] for other artists, they may like the song, but they might say tweak a certain part. I had to learn how to tailor a lot of songs to different artists, but the beauty about being an artist now is that I can say what I want to say and how I want to say it. 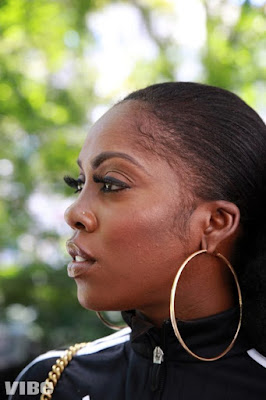 Talking about her growth, Vibe Magazine says:
The song that Fantasia ended up taking out of her hands was “Collard Greens and Cornbread,” which ended up on the Barrino’s third studio album, Back to Me. From there, the rest is history. Savage would then relocate to Los Angeles, California and go on to write for the likes of Mary J. Blige, Mya, Monica and more through landed studio sessions with hit-makers like The Underdogs, James Fauntleroy, Frank Ocean and Kenny ‘Babyface’ Edmonds. She even went on to singing background vocals for “I Look To You,” one of last songs from the late and legendary Whitney Houston.

But, again, those accolades were not satisfying either. Coincidently, Savage would run into her former manager and former Interscope A&R executive Tunji “TJ Billz” Balogun, who would eventually convince her to take her talents back home and take a stab at bringing something new and fresh to the Afrobeats music scene in Nigeria. Shortly after heeding his advice, Savage released a fresh, lady anthem called “Kele Kele Love,” and indirectly contributed a spark to the rising smoke of the emerging “funky, and hyped, and energetic” Afrobeats genre of today.

To read her full interview click here
at 10:22 AM