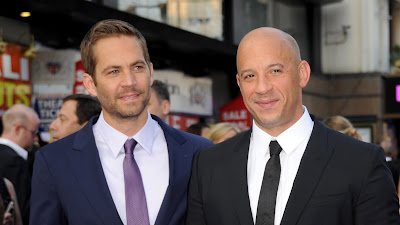 Vin Diesel while attending a charity event on Saturday, September 17, 2016, which also had in attendance Walker's father and brother, opened up about how Paul Walked inspired him to become a father.

"He told me to cut the umbilical cord! [He was] the only person, in California, that knew I was about to have a child."

"He must've been God-sent because he put me on the right path. He set me up. And when we did the first Fast & Furious, I was already 30 years old or something, but he was a father."

"When we were in the cars in between takes, he would tell me, 'Hey, Vin, it's not a scary thing to become a father' [and] give me all the good advice."

"Next thing I know, I am a dad ... [He] is why I named my daughter Pauline because of the credit that Paul Walker deserves in my personal life."
at 10:49 AM