5 Reasons Why You Need To Always Wake Up Early 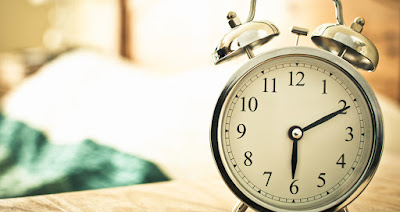 Following is a list of reasons which will convince you to set your alarm for 6 a.m. tomorrow.


1. More productivity
Getting up early gives you a kick start for the day ahead. Besides allowing you more hours for your work, it also boosts your speed. Studies have suggested that when a person gets up early, he is more energetic and takes lesser time to do a task that would take more time otherwise. He is also more adept in taking better decisions, planning and achieving goals.

2. Mental fitness
One very significant benefit of waking up early is reduced stress level. When you rise early, it eliminates the need to rush in the morning. You can then start your day on an optimistic note and such positivity often stays with you throughout the day.

3. Better sleep quality
Early risers often go to bed early. Getting up early is not something that should be followed irregularly but it needs to be established as a routine in your life. This translates into better sleep quality as your body’s internal clock adapts to your new sleep routine.

4. Bigger scores
A research conducted by Texas University has identified that students who were early risers scored better grades than those who were late to rise. Their GPAs were higher than the latter. One can link it to an enhanced productivity and quality of sleep.

5. Brighter world
Getting up early instills you with positivity. A research has suggested that people who got up early were happier, not just for a short duration but overall in life.

Email ThisBlogThis!Share to TwitterShare to FacebookShare to Pinterest
Labels: Lifestyle