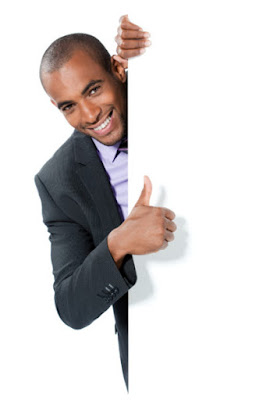 I’ve been told numerous times that I am very likable and I have seen this for myself too.  Somehow, I just seem to obtain the favour of those around me; from bosses to teachers, to friends to colleagues.


I remember leaving my last job and there was a send off gathering where each co-worker was asked to say what they thought about me.  I got comments like: “He’s a politician”; “He’s in everybody’s camp”; “No, he’s smart and diplomatic. He knows how to please everybody and stay close to key people”.

I had no idea that they saw me this way. I knew that I was in everybody’s ‘camp’ so to say, and that (almost) everyone liked me but I did not know that people thought I was using some technique to achieve this because I certainly wasn’t –I was just being ‘myself’, or so I thought.

This trend of likability has followed me throughout. For a long time, I dismissed it as fate –that some people are just more liked than others. Perhaps it had to do with their looks and general demeanour –until I read Dale Carnegie’s “How to Win Friends and Influence People”.  In one of the parts of this book, he discussed six principles to apply to get people to like you.

I was shocked to find out that I had been applying these principles, unintentionally, all these years.  If there were ever any techniques to employ to get people to like you, it would be these ones! They are natural and, in my opinion, how everyone should act anyway.
Let’s look at them and see if you use them already or if you should start using them today, as it is never too late to start!

Be Genuinely Interested in Other People
I’m almost creepy in this aspect.  Sometimes without even formally meeting someone, I take interest in them and observe them from afar. Should I overhear their name, it is straight to Facebook or Linkedin to see what their interests are, who they are friends with `and other information that social media provide.   When I eventually get to meet them formally, there’s an immediate connection because the interest has been there, and built up, for a while before meeting.

This may be stalking, so I won’t advise you to start monitoring people’s online activities without meeting them in person. But I would advise you to take interest in people; want to get to know people, show genuine interest and be curious about wanting to know them more.  This is why we love dogs; they jump out of their skins when they meet us (the friendly ones at least) and we all fall for that! They are man’s best friend simply because they show genuine interest in us.

Smile
This one I do perhaps too much of.  I was once told by a manager, when I was leaving his department for another, not to smile too much when I get there so that they wouldn’t think I was weak.  As funny as it sounds, I think this is one of the reasons most people don’t smile.  In boarding school, we were taught not to smile too much so that our “juniors” would ‘respect’ us. When you got into a clique of friends, the culture was not to smile so that you all appear as “bad guys”.

I think this is silly! I have smiled my way to better grades, promotions, terrific customer service experiences, and even out of trouble.  People are disarmed by a smile.  When a baby looks up to you and smiles, your heart melts. Those baby smiles have started many conversations in many public and awkwardly-silent places, and have won more friends for mothers than they could have probably made themselves.

When people see you smile (especially most of the time) they imagine you to have a very good attitude; and who doesn’t want to be around positive people? Smile and say hello to people you walk past on the streets, to your colleagues at work, your classmates in school and even to the people in your home –where charity starts!  A smile wins people over and even if it doesn’t, it at least brightens their day somehow.

Remember People’s Names
Carnegie says here to “remember that a person’s name is to that person the sweetest and most important sound in any language”.  We all know how it irritates us deep down when someone we have previously met refers to us as “chairman” or “chief” or just a long “heyyyy!” especially when we can remember their own names.  Some people even give the excuse “I’m not good with names”, which then makes them appear impolite.

This one is tough to practice because it is so easy to forget people’s names even the very second after it’s told.  I try to make relationships between people’s names and something familiar so that I won’t forget.

I met a guy for the second time while taking my daily walk. He was standing at the same spot, having a smoke and had greeted me enthusiastically once again, so I asked his name.  He said “Bruce” and I thought of Bruce Wayne, Batman and Gotham City.  The next day while walking, as I was approaching his usual spot, I realized I had forgotten his name. I started racking my brains and just before I got to him I thought: Gotham City… Batman… “Bruce!” I hailed him, and you should have seen the big smile on his face and a doubled enthusiasm in his greeting.

Be a Good Listener. Encourage Others to Talk about Themselves
I don’t like to talk much, so when I get around people I encourage them to talk about themselves. I’m like an examiner: “You spent your holiday in England last year. Discuss”.  The trick is to ask people open-ended questions that get them talking about themselves.  If a person’s name is to them the sweetest and most important sound in any language, then the best conversation anyone can have is one about them.  People love to talk about themselves, it is just human nature. We are selfish beings.  The wise person recognizes this and uses it as an asset to win friends and influence people.  Once you give people the chance to talk about themselves, they would love you for it and will always want to come around you so you could give them more of such chances.

To apply this principle effectively, we have to overcome the temptation to chip in and relate the story back to us so that we get our own turn to talk about ourselves.  We have to listen with the intent to understand and not with the intent to reply.

Talk In Terms of the Other Person’s Interests
This goes along with encouraging people to talk about themselves. “A person’s toothache means more to that person than a famine in China which kills a million people. A boil on one’s neck interests one more than forty earthquakes in Africa”.  Once you find out people’s interests from starting conversations with them and asking open-ended questions, change the theme of your conversation to whatever interests that person.

Facebook-stalking could help you out here too, as you already have an idea of their interests and so you can lead your conversations along those directions. But hey, don’t quote me anywhere!

Make the Other Person Feel Important- And Do It Sincerely
This is where I struggle because, like most guys, I have a huge ego. I like to feel important and sound and look smart.  It is quite difficult for me to pay people compliments and when I do, I don’t feel I’m doing it sincerely.  I admire people who do this effortlessly –they hail you, they acknowledge your contributions in projects, they call you ‘smart’ when you provide them with answers to questions they ask you.  These people go far in life. They get what they want easily because they are able to make who can give it to them feel important.

This is an area I am currently working on. It doesn’t quite come naturally to me like the rest of the principles so I am constantly pushing myself to appreciate people here, pay a compliment there and eventually go about lifting people’s spirits and making them feel good about themselves.

I can definitely tell you that these principles work.  Not only do the real-life examples in the book do a good job of showing this, I have been applying them in my life unintentionally and have had huge results!   Now, I invite you to join me as we get intentional in applying these principles so that we can win more friends and influence more people!