Akanna Okeke: 6 Signs You Are an Ambitious Person 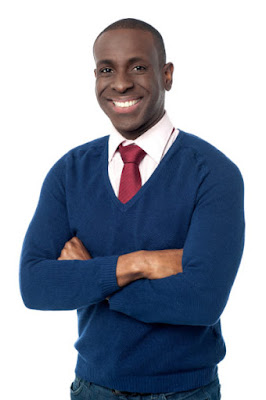 I recently attended a leadership conference where one of the speakers mentioned that everything in life divides into 3 –“one-third, one-third, one-third!”  I immediately began to think about how that applies to my life.  I spend a third of the day (8 hours) sleeping, another third working, and the remaining 8 hours carrying out miscellaneous activities.


And this is true for almost everyone; even those who do not have structured jobs, like I do, usually find their lives dividing into 3 somehow.  I recall hearing Wole Soyinka say that if asked how he spends his time, he would say that he spends one third in his home country –Nigeria, one third abroad, and the other third in airports.

The speaker at this conference wasn’t talking particularly about how we spend time though.  He was talking about people and their ambition levels.  He said that one-third of people in society want to ‘win’ in life. They are ambitious people.  Some of them are already doing the things that will make them win like owning and building their own businesses, while some of them are stuck in a job that they know isn’t going to take them where they want to be, and so they are frustrated and would leave in a heart-beat, should a better opportunity present itself.

Another one-third of people in society are complacent.  They are “wantrepreneurs” –they want or wish to do something great but that’s where it stops; they never want to get around to actually doing it.  They fear the hard work and risk that it takes, and so are just content with where they are but occasionally fantasize about what could be.

Then there’s the other third of people who are just “losers”.  They are negative.  They don’t even see the good in society let alone want to do anything great for it.  They criticize, condemn and complain all the time.  They find fault with every government, every company, every private university; basically every contribution made by ambitious people in society. They are the takers who don’t give; the consumers who never produce. They shoot down ideas of people who make an attempt at greatness with mean words of criticism. They are the ones to be avoided.

This blew my mind! I began to wonder what split people into these 3 categories; what characteristics do ambitious people have that others do not?  Fortunately, I am quite close to many ambitious people, and was able to carry out a mini-study on some of them to identify some qualities that set them apart.

So if you are an ambitious person reading this, you will resonate with these 6 traits of yours:

You Are Decisive
Ambitious people are self-starters; they don’t float in the “ivory tower of theory”.  They fill that greatest gap in life, which is between ‘knowing’ and ‘doing’.  This shows in their ability to make simple everyday decisions easily.  They go into a restaurant and pick what they want to eat from the menu without having to read it from cover to cover three times before asking the waitress to suggest something to them.  They pick out what they’re going to wear (even for the week) instead of spending their mornings brainstorming on what clothes or shoes to wear that day.  They reserve that will-power for more productive activities like building their business. And even then, they are still able to make quick, informed decisions and stick with them because they actually know what they want.

You Are Resourceful
Ambitious people are “excuse-eliminators”.  They understand that waiting for everything to be perfect before getting stuff done is futile.  They find ways to come up with the resources they need to accomplish what they want.  They ‘make’ time for things that should be of priority to them; things that get them ahead in life, rather than making excuses that they don’t ‘have’ the time.  They proactively seek help from people that have the results they want in life and build relationships with them, instead of sitting and complaining about how “the rich keep getting richer and the poor poorer”.

They understand that “success does not have sympathy for the validity of their excuses”, and so they shut up and just drive!

You Are Big/Great
This was the point of my last article, “How Big Are You Down There?”  Ambitious people are not small/petty.  They let the ‘little’ things slide and go after the important things.  They put the agenda of their cause ahead of theirs, and so are willing to lose certain battles in life in order to win the war –the bigger picture!

We know some ambitious people that have bad morals like I mentioned in that article, but at least they are still ambitious! Should they decide to turn around and fight for a good cause, that level of ambition will be transferred onto the new cause and the beneficiaries of that cause would be much better for it!

You Are Iconoclastic
Ambitious people are willing to challenge the status quo, and are also willing to accept that whatever they have believed for a long time may be wrong.  They are open-minded skeptics.  They don’t necessarily buy into the societal mantra of “go to school, get good grades so you can get a good job with benefits and retire after 40 years”. No! Instead, they want to push boundaries, they go against the grain and do the opposite of what the masses do.  This is why they are usually criticized because not only are people uncomfortable around someone who does the opposite of what they have always believed to be the only true way to success, they are scared of being proved wrong by that ambitious person’s success.

You Are a Dreamer
Ambitious people allow their minds to soar.  They don’t interrupt their imagination with reality.  They dream big and put action behind their dreams.  I read somewhere that this is the reason Kenyan women love Nigerian men –their ability to dream big!

Complacent people don’t want to dream big.  They are okay with “tangible” dreams like their next vacation or the car they are about to lease.  They dream within their current income.

Negative people, on the other hand, condemn other people’s dreams instead.  They have given up on theirs and it hurts them to see others dare to dream.  They always have a problem with every new solution, “constructive criticism” for every new idea.  Unfortunately, ambitious people sometimes fall for this –maybe because such criticism is coming from someone with emotional ties to them like a parent or a boyfriend who feels threatened by their ambition. They forget that “you shouldn’t be taking ‘constructive criticism’ from someone who hasn’t ‘constructed’ anything”.

You Have Ambitious Friends
Ultimately, you attract who you are to yourself.  Ambitious people have more ambitious friends than they have complacent or negative ones.  Winners love to hangout with other winners because it keeps the fire burning.

Many of us have friends that always call us to come out and spend some money, but never to come and make some money.  We hangout, blow cash, talk trash and never discuss one business idea.  Some of us even run away from that one friend that always has a business idea to share with us. We just wish he could be like other “normal” people.

The good news is that we can all choose to be ambitious; we don’t always have to naturally divide into this “one-third, one-third, one-third” stat.  We can choose to change our association of friends to more ambitious people, who will encourage us to dream big and let our imaginations sour; those who will stand by us when we go against the grain in society so that we don’t feel alone when negative people criticize us, condemning our ideas and mocking our dreams.

Through this, we will gradually develop the right attitude and mindset –we will begin to let the little things slide, focus on the more important things, get rid of excuses and begin to take decisive actions, making more informed decisions that our future selves would be grateful for!
at 9:49 AM