Amidst the controversies US swimmer Ryan Lotche proposes to his girlfriend 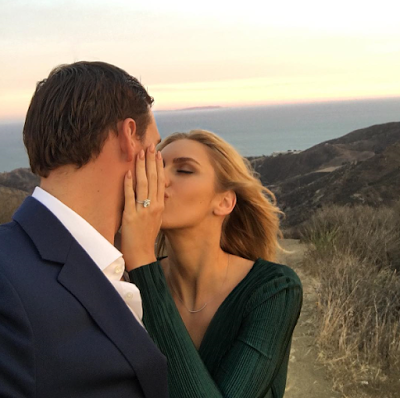 US Swimmer Ryan Lochte who made news recently at the 2016 Brazil Olympics for lying about being robbed at gun point by Brazilian policemen is engaged to his girlfriend, Kayla Rae Reid.


He shared the photo of himself and his fiancee showing off her engagement ring with the caption 'Memories forever!!! #thelochtes #LA' 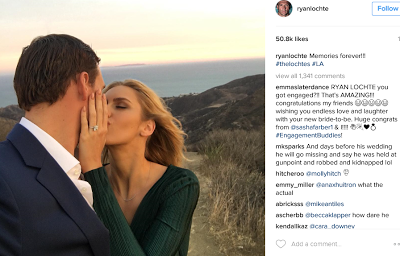 
The couple met in January 2016 at a Los Angeles nightclub and according to Ryan, it was Love at first sight for him.