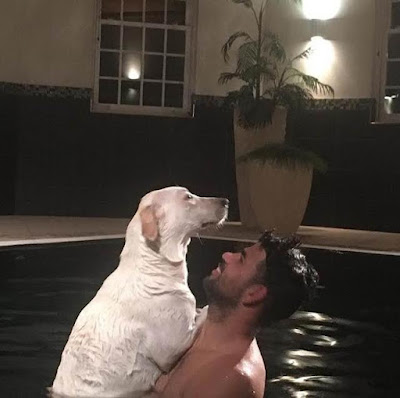 Diego Costa may be one of the most feared strikers in the Premier League ‒ but it appears there's a softer side to the Chelsea striker too.


The Brazilian-born Spain international has earned a reputation as somewhat of an old fashioned combative striker, causing defenders problems with his physicality.

But it seems there's another side to Costa, with the 28-year-old recently taking time out of his match preparations to enjoy some down-time with his pet dog Bella.
at 2:26 PM