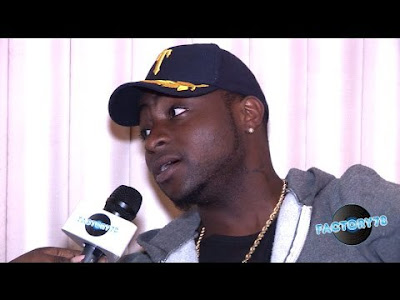 Superstar musician, Davido was recently had a indepth interview with Factory78TV.


He talked about his Sony deal and how much he has changed since the deal was inked, his Vacation in America, his awards and more.

On his Meek Mill collaboration and regrets, he reveals that he wishes he had done things differently:

Nobody is perfect, I do wish I had structured the Meek Mill song better. It wasn’t cleared becuase we just threw a mix tape together. Not that I regret dropping it but it could have been done way better.

Now I have songs with Trey, Future, Young Thug, Tinashe, Usher but I’m taking my time to let the world know who I am first.

He also talks about meeting Usher and their forthcoming collaboration and his excitement at ‘Skelewu’ being used for Disney’s ‘Queen of Katwe’.