Dear Women: 9 Ways To Know He's Only Wasting Your Time 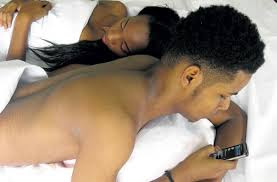 Whether you've had your suspicions for a while or it's a new theory, you need to know if your man is leading you on.


Not only is it unfair to you, but it is a complete waste of your time. If he is not willing to commit to a relationship and stop playing games, then he is not worth dating. Pay attention to these nine signs to see if you

1. He doesn't really know you
Conversations are very superficial. You don't get many heart-to-heart conversations, because he's not invested in really getting to know you. He might forget details you've told him a thousand times and asks you the same questions again and again because he isn't really listening to what you say.

2. You call him more
In any relationship that is just starting, usually one person is more interested than the other. And that's okay, for a while. If you've been seeing each other for a while and you still are the person who is always calling, texting or setting up dates, that's not a good sign. He likes chatting with you and occasionally spending time with you, but he's not interested enough to initiate it himself.

3. There's no planning for the future
If you notice he's not one to suggest future plans, pay attention. If you really care about someone, little things like "we'll have to do that next fall" or "let's plan on seeing that movie together" just slip out of your mouth without a second thought.

4. You don't see his family
Serious relationships tend to involve more people. You want everyone you know to meet your boyfriend or girlfriend, that includes friends, roommates, coworkers, family members ... and the guy at the smoothie place who knows you so well. Pay attention to who you know in his social circle. Are you meeting casual acquaintances? Have you met any of his family members? If you haven't gotten to know the people around him, he doesn't see you being a part of his life in the long run.

5. He cancels ... a lot
Even the busiest people can make room for someone they love. If week after week he can't seem to find an hour in his schedule to meet for lunch, he is not into you. He's just leading you on.

6. He won't get to know your friends or family
You are really into this relationship and want everyone to know about it. While some men can be shy when meeting the parents or other family members, refusing point-blank to ever go out to lunch with you and your sister is a red flag. In a loving relationship, you want to know the people your love cares about. If that's missing, so is his affection.

7. He is hot and cold
Some days he seems distracted and distant, but all of a sudden can be very sweet and flirtatious. Everyone has days that are stressful, but if he is constantly unpredictable, that's not a good sign. His behavior is a red flag to you that he is just stringing you along. When he can sense that you are suspicious, he'll put a little more effort to keep you around.

8. You only group date
Forget personal and romantic one-on-one dates with someone who is leading you on. Because he's not truly invested in the relationship, he'll have you hang out in a group setting and count that as a "date."

9. Things aren't progressing
Have you been in the same relationship for months now? Things should naturally progress and get more serious as time goes on, unless he's keeping things stagnate.

It's difficult to realize that someone you love is just leading you on, but being blind to the signs doesn't do you any favors. Talk to close friends and family about your situation and trust your gut.r mister is leading you on:
at 1:31 PM