Empire Actress Taraji.P. Henson opens up about being abused by her partner 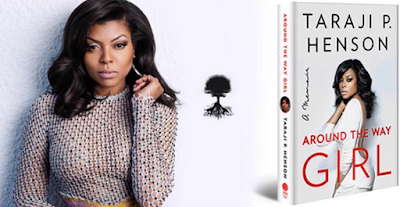 According to People magazine, Taraji refers to her ex, who was her first love, as Mark in the book and talks about how she met him when she was 17 years old. She also says Mark had a hard time battling with his insecurities.


“You’re better than me,” she remembers him saying to her one day. “You need to leave me alone.” The relationship apparently became unhealthy after the birth of their son Marcell. She would eventually leave him after she says Mark had hit her during an argument over Mark's late night disappearing acts.

“The next thing I knew, Mark’s balled-up fist was coming straight for my face. I fell onto the bed crying and holding my mouth; blood seeped off my lips and across my teeth,” Henson writes. “Droplets splashed across my shoes … slowly creeping into the fibers of my suede boots.”

She goes on to say that after the hit her she yelled, “This is over! Get your s— and get out!”

Mark would go on and father two other children before being killed just three weeks after spending Christmas with Taraji and Marcell.

Taraji also talks about being pregnant while attending Howard University and her rise to the top. The book is slated to drop on Oct. 11th.
at 10:13 AM