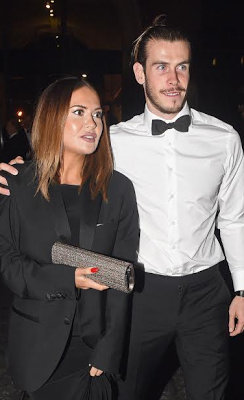 The relatives of football star Gareth Bale's fiancée Emma Rhys Jones are set to change their names and are currently in a police 'safe house' after they were targeted by drug gangs who allegedly burnt their cars and houses as they searched for missing suitcase containing £1million worth of cash and drugs.

Emma’s grandparents’ home in Cardiff was also set on fire in the attack and the footballer Gareth Bale in order to ensure their safety, has moved them into police safe houses and is working on plans
to change their identities.

After Emma's aunt Annabella Williams home in Flint, North Wales, was burnt on September 20, her son launched a revenge attack against Epiphany’s mum the same morning claiming they were responsible for the attacks. He was arrested and is now set to be sentenced to court.

Annabella Williams son's defence said:
“The police are now helping the Williams family and the indication is they will be moved out of the area, possibly changing their names.”

Police are trying to trace Epiphany, who they believe has flown to Malaysia..
Source: Mirror UK
at 5:48 PM