Halle Berry explains why she hides the faces of her children 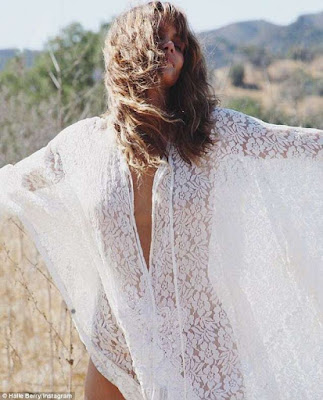 
"What's with the hiding of the faces? They're beautiful children why not show them off," a follower asked.

"I've noticed you have said this several times now so let me be clear-- I'm not at all ashamed of children. I try to find creative ways to incorporate them into my feed because they are the biggest part of my life, but I also work very hard to keep their identities as private as I can considering they are only children. It's my belief, and I'm not criticizing others who have different beliefs, that it's my job as their mother to protect their privacy as best I can. When they grow and they're of age and they want share their images on the internet, that will be for them to decide, not me. Feel me? Have a beautiful day."
at 10:49 AM