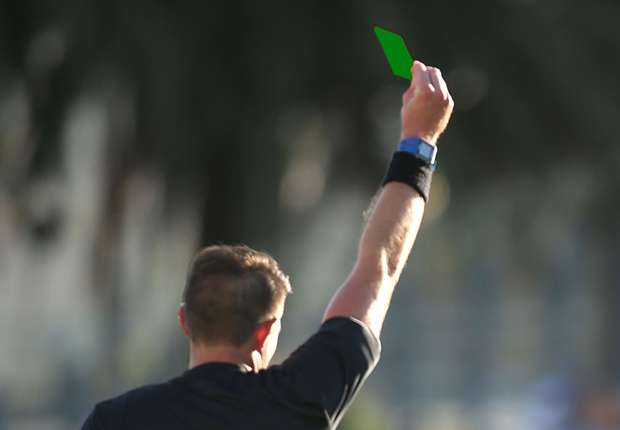 Officials speaking for the Italian second tier announced the scheme at the beginning of the season and said that the player with the most green cards at the end of the season will receive a reward.

Tuesday marked the first instance of the new policy in action, when Galano admitted that no Virtus Entella defenders had touched the ball when referee Marco Mainardi had incorrectly called for a corner kick.

Serie B president Andrea Abodi admits that the cards are largely symbolic, but is eager to promote the Italian second division in a more positive light following the match-fixing scandal that rocked the league at the beginning of the season.
at 11:47 AM