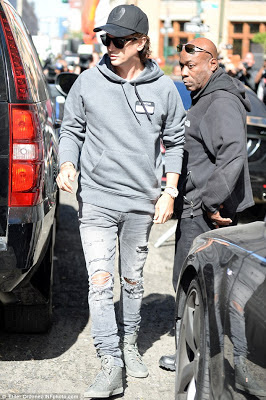 Kim Kardashian was rattled after she was bound, gagged and had a gun put to her head in Paris on Sunday as crooks made off with $11m worth of her jewelry, including a large diamond ring.


On Tuesday the 35-year-old reality star's best friend Jonathan Cheban gave an update on her condition as she holed up in a New York City apartment.

'She's not doing so good,' the TV star said as he was entering the E! star's building.
Cheban would not go into more details.
at 10:44 AM