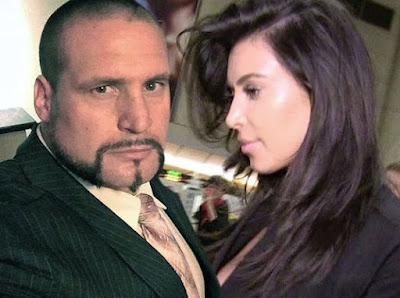 
Kim K's bodyguard just deleted every mention of her from his social media ... including photos and all references to him working for her. It raises the obvious question -- did Kim and/or Kanye West fire Pascal Duvier? The answer is a resounding ... no.

Sources close to Kim and Kanye tell us they don't blame Pascal for Kim's robbery. As we've reported, he was guarding Kourtney and Kendall that night. But we're told they don't view that as slacking off ... plus, they just like the guy and trust him implicitly. Pascal's had Kim's back since 2012.

We're told the social media change is a safety measure to block future crooks from connecting him or his whereabouts to Kimye. Before the scrub, Pascal had a bunch of pics with Kim ... including a reference to the ass kisser take down. You'll recall, Kim was so impressed with Pascal's swift reaction, she called him a "G."
at 10:44 AM