Meet the man who sued a hospital for $5m and won. Claims hospital made his son gay 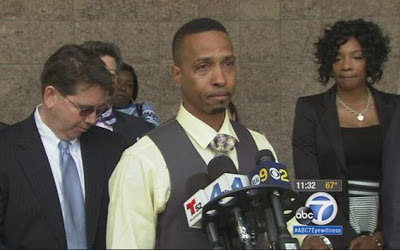 This story seems iffy but interesting. A 42-year-old Army Vet Curtis McPullout said he would rather have his 3 year old son have the flu than be twerking in the mirror.


McPullout made this statement after taking his 3-year-old son to an East Atlanta Medical unit. He said his son was a regular child before he got the shot.

He said:
'You could find him laughing, playing outside and beating off to The Jet Beauty Of The Week. Then the boy gets the shot becomes a cowboys fan and starts taking duck lip selfies'.

The McPullout’s sued the hospital for $5m and surprisingly, he won.

He said they were happy with the decision the courts made and that he will be taking his son to Brazil for a three-month rehabilitation program geared to bring boys back to the other side, which seems to be working out well.
at 11:11 AM