Rihanna's back up dancer goes missing 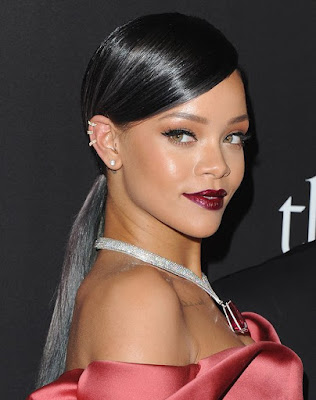 Shirlene Quigley, a 32-year-old backup dancer who has performed with some of the most recognizable singers in the world, including Beyoncé, Rihanna, Missy Elliott and Jamie Foxx, has gone missing.

Rihanna took to Instagram on Monday, posting a video of Quigley and pleading for anyone who has seen her to notify the North Bergen Police Department in New Jersey.

Quigley was last seen getting on a bus at the Port Authority Bus Terminal in New York City around 1 a.m. on Sunday.

“This beautiful soul, and former dancer of mine is MISSING!!! My heart aches thinking of how heavy this is on all who love her! If anyone has seen of has any information on @shirlenequigley’s whereabouts…..PLEASE CONTACT the North Bergen Police Department 201 392 2100!!!!”

Quigley lives alone in North Bergen, New Jersey and teaches dance at Peridance Capezio Center and Broadway Dance Center in Manhattan, according to her father who spoke to NBC New York.

The dancer normally calls her father every day around 6 p.m., but he became concerned when he hadn’t heard from her.

Police later found her phone at a bridal store in Chelsea, New York. Quigley’s father said his daughter made a strange comment to her friend recently, such as “Get ready, it’s about to happen and I’m going to need you to sub for me.”

Quigley’s dance career took off when she was featured as a dancer in Beyoncé’s 2003 “Crazy In Love” music video. She’s also performed in Rihanna’s “S.O.S.” music video and danced in several of her shows.

This beautiful soul, and former dancer of mine is MISSING!!! My heart aches thinking of how heavy this is on all who love her! If anyone has seen or has any information on @shirlenequigley's whereabouts ..... PLEASE CONTACT the North Bergen Police Department 201 392 2100 !!!!
A video posted by badgalriri (@badgalriri) on Oct 24, 2016 at 5:37pm PDT