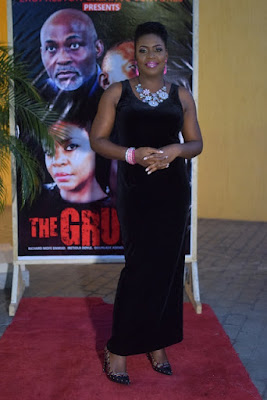 Following the huge success of the media screening of her new movie ‘’The Grudge’’ ,talented actress, Funmi Holder held another memorable VIP screening for selected audience in Lagos.

Other guests at the screening which started with a red carpet include; Funlola Aofiyebi, Caroline King, Taiwo Obileye, Elvis Chuks, executive member of WIMBIZ, Samuel Olatunji, CEO of BBB Media, Yemi Morafa, and others.

The screening proper took off around 6:30pm with introduction of guests by the master of ceremony who cracked our ribs before calling the woman of the moment- Funmi for her speech.

The night took another glamorous turn when Funmi Holder’s ‘’long time dream ‘’came true as she launched her foundation; Funmi Holder’s Foundation,  a non-for-profited foundation which is aimed at giving hands to women who are victims of rape and widows. The unveiling was officially done by a member of the House of Representatives, Hon. Otunba George Oladele alongside Richard Mofe Damijo.

The Grudge focuses on the lives of two lovelorn couples connected by one lonely widow living separate lives, their lives intertwine and led to the unravelling of a five year grudge. Executed with brilliant comic slant and powerful delivery, The Grudge highlights serious issues in dramatic and entertaining forms to hold the audience spellbound for the one hour, 30 minutes of the screening.

Odunlade Adekola who is fast becoming a darling of movie lovers across genres gave a powerful dramatic-delivery laden with heavy comedy  in a way that made people forget this is his first full feature English movie.

Samuel Olatunji, the CEO of BBB Media who gave the vote of thanks informed that audience that the movie will premiere on Sunday, October 23 and be available in cinemas across Nigeria from Friday, October 28. 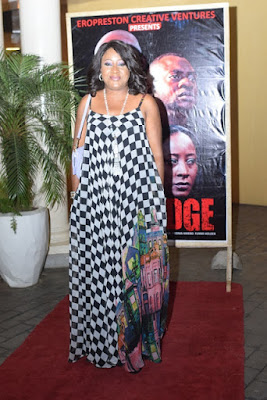 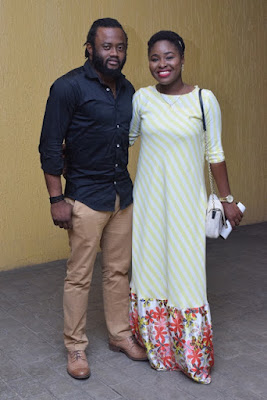 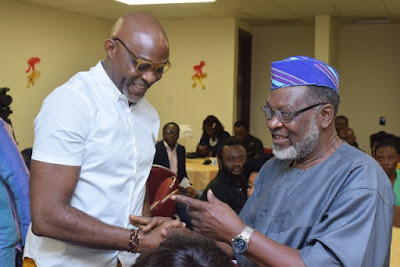 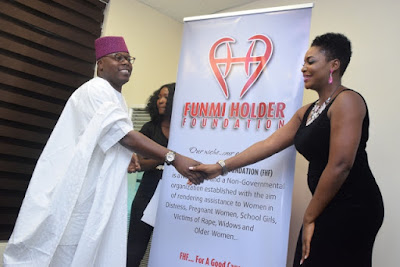 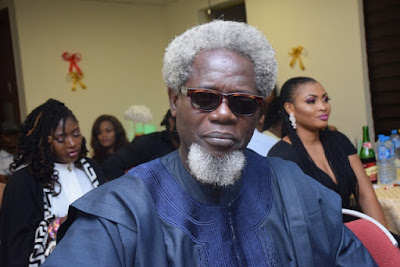