Toke Makinwa gets scolded by Kemi Olunloyo, Freeze comes to her rescue 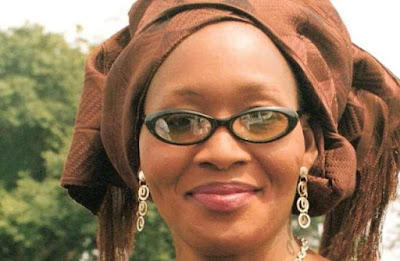 In this clip which lasts for 60 seconds, Toke Makinwa tells her ladies that they should have all the fun they want till they hit the age of 25. She wants them to live life on the edge, kiss strangers, have one night stands, pierce multiple parts and have a tattoo.

Ever since then Nigerians have been trolling her on the issue and now, controversial media personality, Kemi Olunloyo has written an open letter to her.

Read her statement below:
"After watching Toke's popular vlog, I agree that her videos are not for everyone. Definitely not for parents who have daughters. I said in 2007 that I am not a role model but a mentor. Only your motherly figure should be your role model. Role models fall from grace. Toke Makinwa, the beautiful successful OAP and Youtube star sadly failed in her marriage because another woman Anita Solomon had a one night stand with her estranged husband Maje Ayida who went back for more.

Anita simultaneously dated Ayida for 8 years alongside Toke for 12 years. What Toke may not realize is that GIRLS are going to become women & mothers some day. I said may. Toke Makinwa pls don't encourage them to have one night stands. Unwanted pregnancies have occured time and time again. Some women have contracted the lifelong pain of HIV and some dealing with single motherhood and poverty.

I have never been married and left an abusive relationship with my two children to become a single mom. I have no daughters but Im a feminist to the core. Many women were raped after one night stands and were too ashamed to tell the police. Don't ever kiss strangers. There is no etiquette in that. It's selling yourself cheap. While officer Sanguietti of the Toronto Police told us in the room not to dress like sluts to avoid being raped, a global movement began #slutwalk.

We dont have to wait for Oprah to march in the walk to get the message across. Toke we don't have to wait for you to send a bad message across. Your sponsors, advertisers, humanitarian and activist groups are watching. As fierce, assertive and outspoken as I am, I urge you to retract the video message. Today is #internationaldayofthegirl #DayoftheGirl #internationaldayofthegirlchild. Change the mind of a girl.

I always call Rihanna my daughter. You are my Nigerian daughter! Best wishes darling!! You are our STAR!!"

Freeze posted the message below

"Dear Toke, I have known you longer than most people are aware off, I'll put it at 15 years at least. You were recording a radio drama series at Coolfm, in 2001, when I joined, and I watched you grow, powered by hard work, and fueled by the passion and drive that only a strong woman can posses.
I met Maje who I also believe is a wonderful guy, through you, and although you guys didn't work out, the strength to forge ahead has not left either of you. Toke, as far as I am concerned, you are one of Nigeria's foremost female broadcasters ( I hate the acronym OAP with a passion). You are a trend setter, an online entrepreneur and a formidable force, pioneering the paradigm shift, leading to the emergence of a new order in Nigerian online entertainment, this however, doesn't come without consequence. I watched your vlog, and I understand that you were trying to express thoughts, that many people nurse in the depths of their minds, hidden far away from public scrutiny. You, on the other hand do not enjoy that immunity, being a successful public figure. We Nigerians, are extremely judgmental, and love to seek fuel for jungle justice, which has one way or the other, migrated into our social media scene, where online courts are quickly formed, justice is speedily given and executions are promptly carried out, without any mercy whatsoever. Most people do not have the cognitive depth to assimilate the message you were trying to pass across and have employed their fertile imagination to fuel it into becoming what it has evolved into. God bless and keep you dear! ~FRZ".
at 1:33 PM