Actor The Rock opens up about running for president in 2020 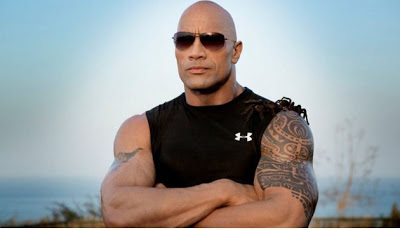 WWE superstar Dwayne ‘The Rock’ Johnson has said he “wouldn’t rule out” a potential bid for the U.S. presidency— 44-year-old wrestler-turned-actor has never made a secret of his interest in politics, and cited the recent election, where ex The Apprentice judge Donald Trump was made America’s president-elect, as proof that he could set his sights on the White House if he wanted to.


“I wouldn’t rule it out,” Dwayne told Vanity Fair magazine when asked if he would consider running for president in 2020. “It would be a great opportunity to help people, so it’s possible. This past election shows that anything can happen.”

His comment comes after he told Britain’s GQ magazine back in June (16) that he had been thinking about a career change into the political field.

In May, Johnson also retweeted a message from the Independent Journal Review encouraging him to run for the presidency, and added in his reply: “Maybe one day. Surely the White House has a spot for my pick up truck.”
at 3:45 PM