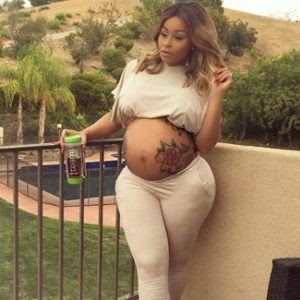 According to TMZ, Rob and Chyna are in talks for a baby special of their reality show, which will include footage of the birth, Chyna’s baby shower and the run up to the birth. It will also document the first few days of their daughter’s life.


It also claims Chyna – who already has a son, King Cairo, by ex Tyga, who is now dating Rob’s younger sister Kylie Jenner – is deciding whether to let cameras get really intimate footage of the birth.

The Kardashians are no strangers to giving birth in front of the cameras as Rob’s older sister Kourtney, gave birth to two of her children, Mason, six, and Penelope, four, for ‘Keeping Up with the Kardashians’.
at 11:35 AM