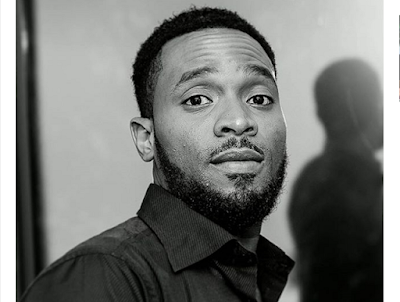 According to a document Dbanj signed a memorandum of understanding with a technology company on October 19, 2012, for the promotion of a concert organised by his media house, D'Kings Men Media LTD.


Apparently, the contract states that Dbanj would be personally liable for the payment of the sums of money in the event of D'Kings Media failure to pay.

The company has now taken the issue up legally. They've made it known that all efforts made by them for him to pay proved abortive. In his bid to pay the aforementioned outstanding sums, Dbanj issued a Skye Bank cheque No. 10000039 on December 29, 2013, in the sum of $240,000 in the name of Henry Ojogho, Mindhub’s Vice Chairman. .

Consequently, MindHub filed a suit in 2015 against Dbanj to recover the sums of money. The case is currently before Justice Oyebanjo of the High Court of Lagos State, Ikeja Division and would be due for hearing on December 9, 2016. 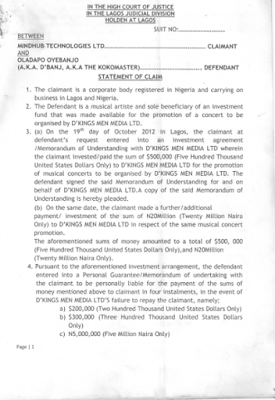 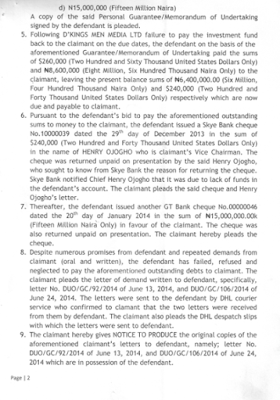 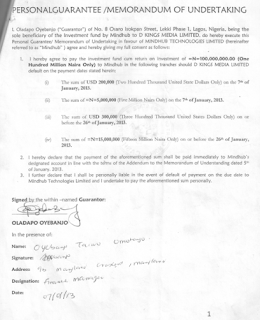 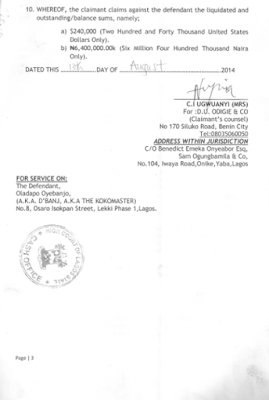