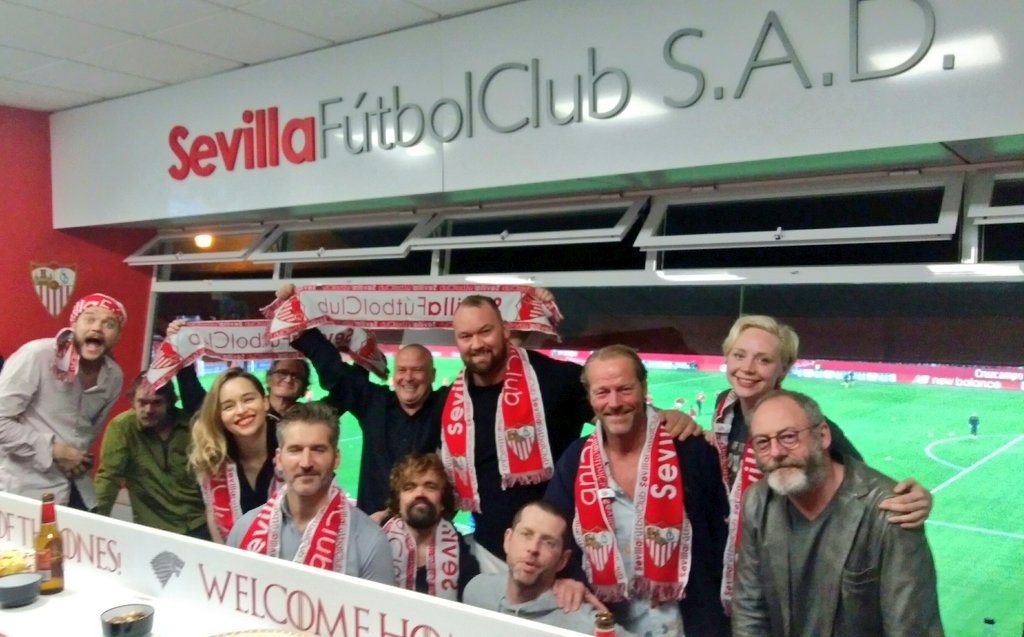 The Game of Thrones cast was able to put their feet up and watch someone else put on a show for once in Seville on Sunday.


Lionel Messi wasn't the only star in attendance at the Ramon Sanchez Pizjuan as several members from the much-loved HBO series were invited to watch the crunch Liga clash between Sevilla and Barcelona.

Indeed, having spent Sunday filming scenes just a few miles outside the Spanish city, the cast of Game of Thrones were invited along to watch Sevilla's stellar clash against Barcelona as guests of honour.

This led to very confusing scenes in the VIP area as members of houses Stark, Targaryan, Greyjoy and Lannister all appeared to get along famously despite spending the past few years at one another's throats.

Almost inevitably, it was Lionel Messi who once again emerged atop the throne.

The Barca star proved pivotal in a 2-1 win for the Catalan giants to keep them within two points of Real Madrid at the summit with winter on the way.
at 1:02 PM