Justin Bieber breaks down on the stage during a performance 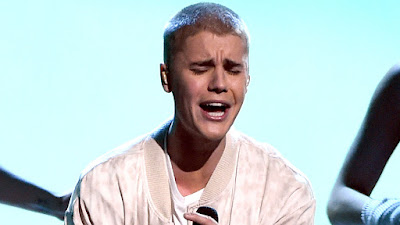 Justin Bieber was moved by his own music during his concert in Frankfurt, Germany.

While performing his song, "Purpose," the 22-year-old singer got choked up and started outright crying. Bieber didn't stop the song, as one concertgoer's video shows, but rather wiped away his tears and kept on singing.

Bieber's waterworks come after several outbursts at prior concerts, which included him asking the crowd to stop screaming and, in one instance, walking offstage altogether.

This also isn't the first time Beliebers have seen the pop star break down during a performance. Last year, Bieber cried at not one, but two awards shows.

Watch the video of Bieber crying below